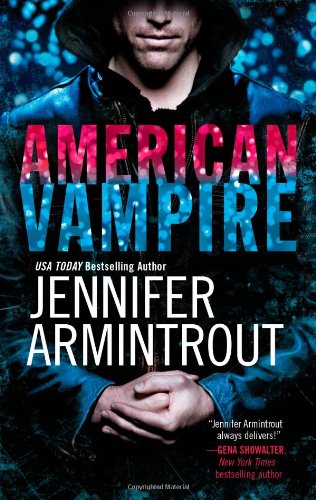 An eARC was provided by Mira/Harlequin via NetGalley.

A mystery driven (lacking) romance between a bitchy human and a selfish vampire stuck in the middle of no where surrounded by crazy country hicks.

﻿HE’S THE GOOD KIND OF VAMPIRE. SORT OF.

Buried in the Heartland is a town that no one enters or leaves. Graf McDonald somehow becomes its first visitor in more than five years…and he was only looking for a good party. Unfortunately, Penance, Ohio, is not that place. And after having been isolated for so long, they do not like strangers at all.

Jessa’s the only one to even remotely trust him, and she’s desperate for the kind of protection that only a vampire like Graf can provide. Supplies are low, the locals are ornery for a sacrifice and there’s a monster more powerful than Graf lurking in the woods. New men are hard to come by in this lonesome town, and this handsome stranger might be Jessa’s only hope for salvation.

Even if she has to die first…

If there was one power a vampire could really use, Graf McDonald figured it would have to be internal GPS.

When Graf meets Jessa at the gas station.

While not the most impressionable plot ever, it is the only thing that kept me reading this book. I wanted to know what happened in the end.

Set in a small, country town with nothing exciting going on except the big issue at hand. Nothing spectacular about how it was described but it wasn’t lacking in what was there to describe.

I had a huge issue with this. I’m not even sure how to describe the point of view. It’s like third person point of view but it switched through the characters and seemed to go first person but without the "I"s and "me"s. It was weird and had me stumbling a few times.

The overall idea of the story is what kept me reading. While not the most original book I’ve ever read it certainly had it’s teeth stuck in me to stick to the end, no matter how brutal it might have been to read through, to find out what happens. While it wasn’t a spectacular ending, I felt at peace having finished the story.

GAH! Another thing I had major issues with. I didn’t like any of the characters! Graf was the weirdest, modern vampire I’ve read. His personality was not portrayed very well. I felt like I barely knew him and the things I knew about him I really didn’t care about, such as his clothes, car, cigarettes, and music. The few bits about his maker are interesting but nothing else stands out about him. He was also quite the asshat.

Jessa on the other hand had issues and issues means you get a character with lots of baggage that they’re not willing to let go. She’s also a major bitch and while it was expected it really got on my nerves.

The other minor characters were real, down to earth, crazy hicks.

Eh, it was inevitable and little too ﻿convenient﻿﻿﻿. I wasn’t intrigued by the romance in the least.

Another GAH! I seriously don’t understand the title or the cover! Both are horrible and do NOTHING for this story.

I’d say pass on this one.

Previous Post
Books for Thought: Did a song ever remind you of a book?
Next Post
In My Mailbox: Week 9

Bad Behavior has blocked 935 access attempts in the last 7 days.