I featured the beautiful cover for this upcoming release way back in April but I just wanted to show you again and let you know it’s almost here! 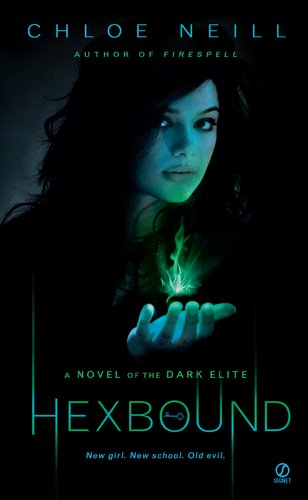 Lily Parker is new to St. Sophia’s School for Girls, but she’s already learned that magic can be your best friend…or your worst enemy.
They say absolute power corrupts absolutely. Turns out, even a little magic can turn you to the dark side. That’s why Lily has to learn how to control her newly discovered paranormal abilities, on top of avoiding the snobs who think they run her school, nursing a crush on a cute sophomore with a big, werewolf-y secret, and fighting the good fight with her best friend Scout as they take on Chicago’s nastiest nightlife—including the tainted magic users known as Reapers.
Then Lily’s invited to a private meeting with Sebastian. He’s hot, powerful, and offering to help her harness the magic flowing in her veins in a way no one else can. He’s also a Reaper. Lily can’t hide her suspicions. But she’ll soon find out that the line between good and evil isn’t always clear… – Goodreads

The first book Firespell was a great introduction and I can’t wait to see how this series progresses. Check out my review of Firespell!

Previous Post
In My Mailbox: Week 46
Next Post
Review: Anna and the French Kiss by Stephanie Perkins

Bad Behavior has blocked 652 access attempts in the last 7 days.