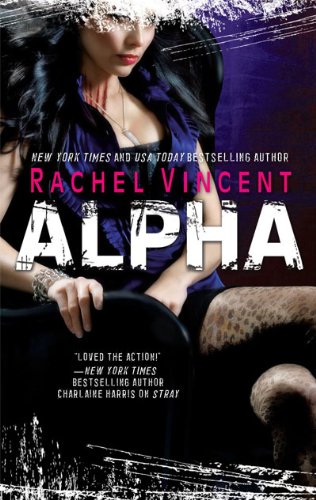 I helped promote Rachel’s bus tour in conjunction with NetGalley and Harlequin and received an early eARC.

An okay ending to an absolutely awesome series I will forever miss and wonder about.

Rachel posted over at the Deadline Dames on why she’s bravely ending this awesome series.

Summary (Goodreads)(Spoilers of the previous books!)

YOU’VE GOT TO HAVE FAYTHE…
The unscrupulous new Council chair has charged Jace, Marc, and me with trespassing, kidnapping, murder, and treason. Yeah, we’ve been busy. But now it’s time to take justice into our own hands. We must avenge my brother’s death and carve out the rot at the heart of the Council.
It’s not going to be easy, and loss seems unavoidable, but I have promised to protect my Pride, no matter what. With a target on my back and Marc at my side, I’m heading for a final showdown that can–that will–change everything forever. A showdown I’m not sure I’m ready for.
But life never waits until you’re ready.

“Are you sure about this?” Jace hesitated, one hand gripping a bare branch overhead, the other poised over his zipper.

In the shed where Marc “marks” Faythe and makes her flaunt it for everyone.

This last book had a lot to cover and a lot of expectations from not just me but all of the fans of this series. Did it deliver?

Obviously Faythe must pick a male to be at her side. The Council must commence and pick a new Council leader. And Faythe’s pride must seek revenge for their losses.

That all gets covered and done fairly well. I do have some things I want to mention but I’ll be saving them for the end of this review to keep things spoiler free.

A whole lot happens much of which happens on the Sanders ranch, some time in the free zone, the Thunderbird settlement and the Council retreat.

Nothing extraordinary or really new is presented so it’s the same settings of the previous books.

I’ve said it numerous times now. Rachel did her ultimate best writing in Prey. My letter to Rachel in my review of Shift was:

Rachel, I loved the plot of this book and I love your writing but I wanted MORE of what we had in Prey. I wanted heart ache and kick ass action. I wanted tension and a huge obstacle to overcome. Honestly I think you out did yourself in Prey and I’ll probably have a hard time ever reading something that was so perfectly written. I can honestly say that I can not wait for Alpha and I’m really wondering how you’ll pull it all off in only one more book.

Did she deliver? Yes, she most certainly did. I still have some issues to discuss at the end of this review but Rachel wrote this book awesomely.

It’s more of the same for this series but overall this is an original series and I was thrilled to have found something as awesome as it is and see it to the end.

Am I happy it’s ending? HELL NO.

Again it’s more of the same in this category too. Doesn’t make sense to bring in anyone new to the last book of a series but we did see some awesome return characters.

The thunderbirds are back and ever creepy with their complete willingness to help kick some ass.

We also see Elias Keller, the bear, again in a way I wish we’d seen more of. He really kicks ass.

While we don’t meet anyone new we do say good bye to a few awesome characters. :(

Okay, so yeah. The triangle CONTINUES! We don’t find out who really wins Faythe’s heart until nearly the complete end of this book! How frustrating!

The entire time Marc is sulking and being bitter about the whole thing. Jace takes it all in stride.

Of course the title is good because that’s just what it’s all about. The cover is beautiful even though Faythe never wears anything like that, ever.

The ending is nice and tidy for this book. For the series? HELL NO. I mean it makes sense to end the series there with the new Alpha and (hopefully) the new Council but it does nothing to stop my brain from working on what the hell is going to happen next! There are soooo many questions I have:

I honestly think one more book would have been a good idea. I don’t think the series was wrapped up enough. But to Rachel’s credit and her wonderful explanation post over at the Deadline Dames, I commend her for deciding to end the series on a high note. I know some authors continue a series for well over a decent point and while I’m sure it’s hard for both the author and the reader it just makes more sense.

I’m thrilled to see that Rachel has contracted to do at least one anthology for the Shifter series. I can’t wait to hear more about that!

Who’s with me that this should not be the end of the Shifter series?! If you comment please don’t include spoilers.

Highlight below this to see my comments.

I thought that Faythe’s decision wasn’t something she made but rather she was forced to make. Marc up and leaving seemed just slightly out of character. I know he was just responding to Faythe’s inability to not pick between Jace and Marc but it really seemed out of character for him. He does return, he doesn’t leave forever!

I thought that Faythe waiting until the very last major scene to declare her love was poopy. I don’t understand why she couldn’t have picked. Especially after Marc’s argument of him losing everything and Jace losing nothing. :(

Speaking of the last scene, why didn’t Faythe get her hands on Malone? I understand her need to be rid of the Dean dude, for obvious reasons, but I wanted her to be the one to do the deed to Calvin. Or even her mother. Because it boils down to him being the reason so much was lost.

Previous Post
Giveaway: The Ghost and the Goth by Stacey Kade (@StaceyKade)
Next Post
Cover Art: Clarity by Kim Harrington

Bad Behavior has blocked 686 access attempts in the last 7 days.